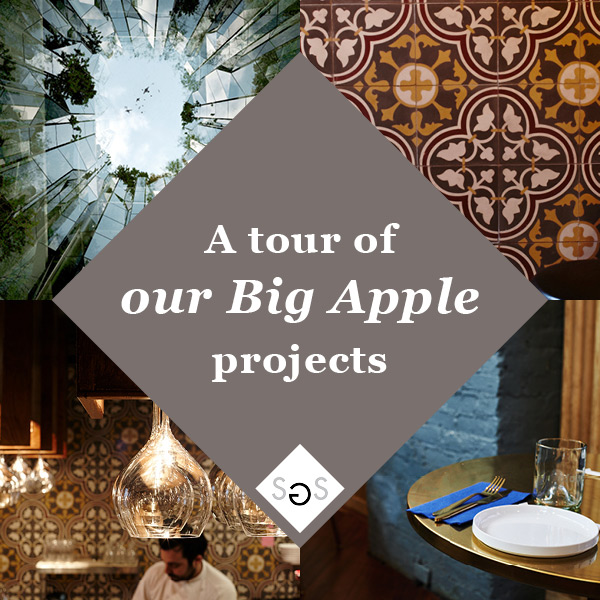 // A TOUR OF OUR BIG APPLE PROJECTS

SGS is headquartered in Milan but has many projects outside of Italy. New York holds a special place in the hearts of many architects and designers. The city is a dream for architects, a place for exploring and discovering. We’ve recently returned to New York to oversee the interior restyling of a classy hotel located in SoHo, the Manhattan neighborhood that’s home to many antique shops and art galleries, a treasure trove for today’s creatives.

Our team has already worked on a variety of important projects in New York. We have designed two restaurants and participated in an urban redevelopment project competition. In autumn 2017, the restaurant Raviolo opened. We dreamed up restaurant’s avant-garde interior that’s both eclectic and fun. Raviolo serves authentic, high-quality Italian dishes reinterpreted in a globally hip style that links New York with Milan, Paris and London.

Led by chef Massimiliano Eandi, Raviolo is the latest venture of Paolo Meregalli. He’s also the owner of Mulino a Vino, another restaurant that we designed. Award-winning chef Davide Scabin helmed Mulino a Vino. From the moment it opened until its closure for renovations, this informal spot attracted New Yorkers who love Italian wines.

Two interior projects by SGS: on the left Raviolo, on the right Mulino a Vino.

Moving from New York interiors to exteriors, the SGS team created a design that was part of a 2015 large-scale urban project competition, namely the redevelopment around the High Line, the abandoned railway line which has been transformed into a chic, elevated park. We proposed Sky Condo, a concept for a futuristic and green structure along the High Line. With this design for a mixed-use building that would’ve blurred the lines between nature and the city, we soared high in this city of dreams. And it’s brought us good luck. 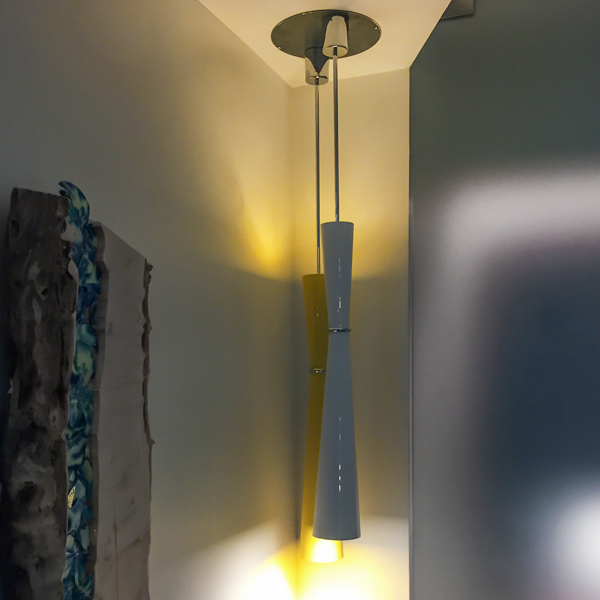 At Fuorisalone, the lamp was presented in an updated version designed by Attilio Ladina, Luca Alessandro Amendola and Gianluca Geroli

At the Hi Lite Next showroom during the 2018 Fuorisalone, SGS Architetti Associati exhibited the latest incarnation of the GIGI LAMP, first presented in 2015 as a prototype and recently updated by the original designers: Attilio Ladina, Luca Alessandro Amendola and Gianluca Geroli.

Gigi is a functional lamp and at the same time the perfect furnishing accessory for any setting. With a form resembling an elongated hourglass, the lamp embodies the classic, far-from-faddish look of this archetypal shape. Yet the lamp’s materials give it a contemporary air. Wood, brass and aluminum highlight the clean-lined, timeless design.

Gigi is manufactured in two series – floor and pendant. The latter is available with a single or multiple fixtures. The lamp is highly versatile and adaptable to different interior styles. Even the colors vary, from traditional white or black to a range of pastel shades.

Gigi is not only a classic, minimal design object. First and foremost, this is a functional, high-quality lamp that adds life and character to a space while providing illumination. The Gigi Lamp, a highlight of the 2018 Fuorisalone, was displayed for professionals and interior design fans at Hi Lite Next’s Milan showroom. A top name in the field of lighting, home automation and audio-video systems, the company is located on Via Brera 30, right in the heart of the Brera Design District. 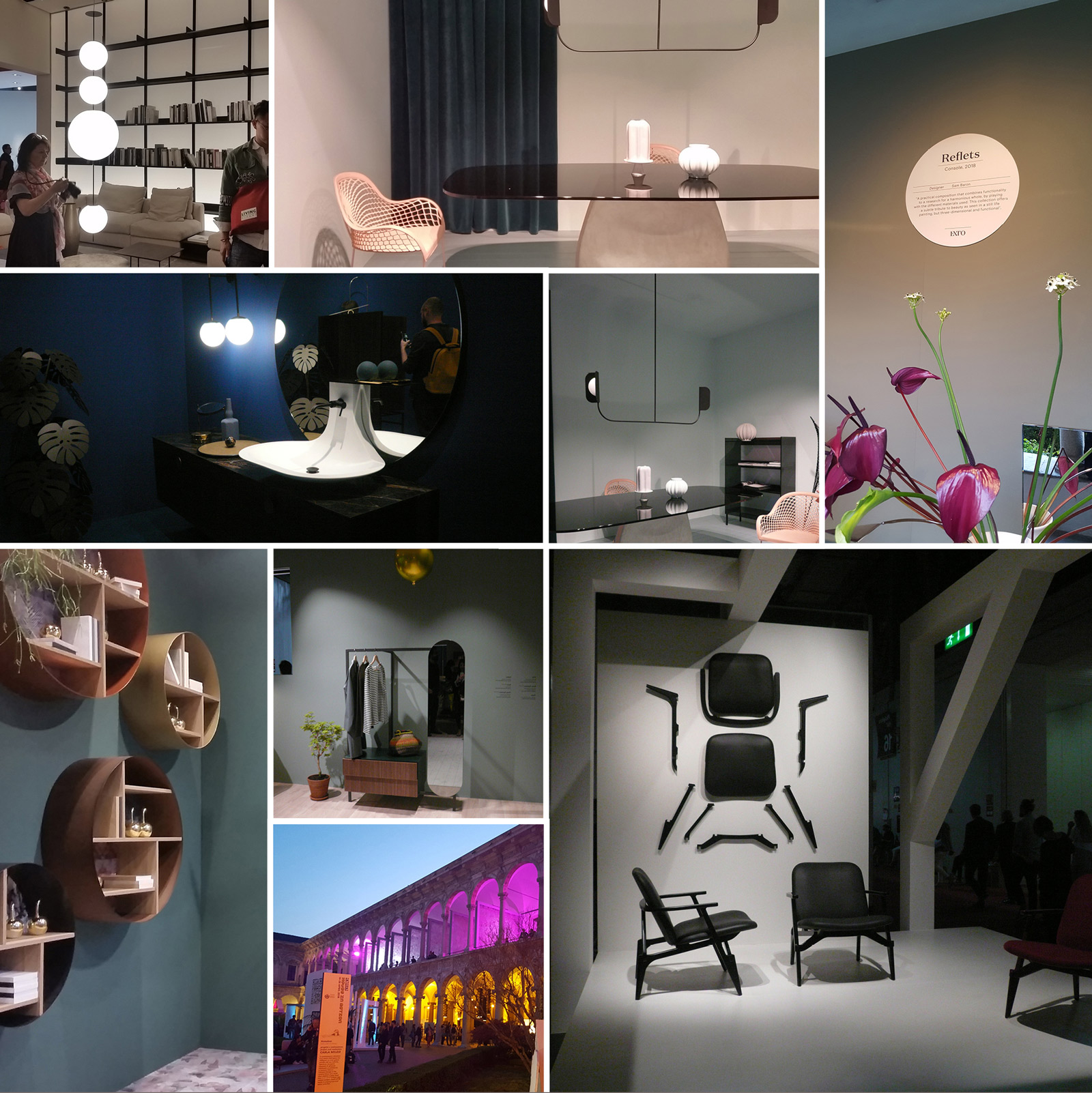